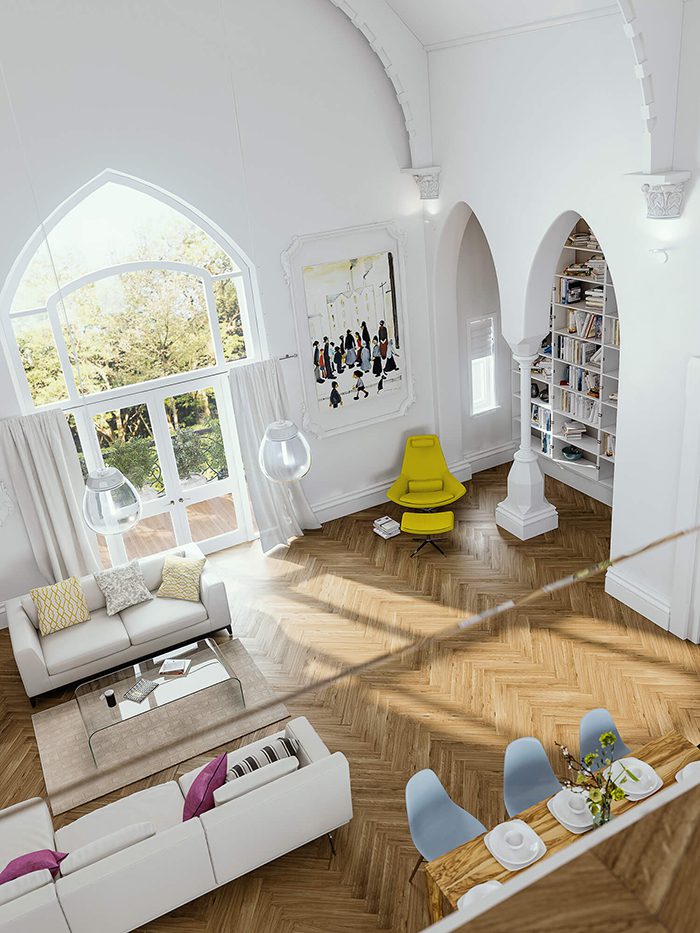 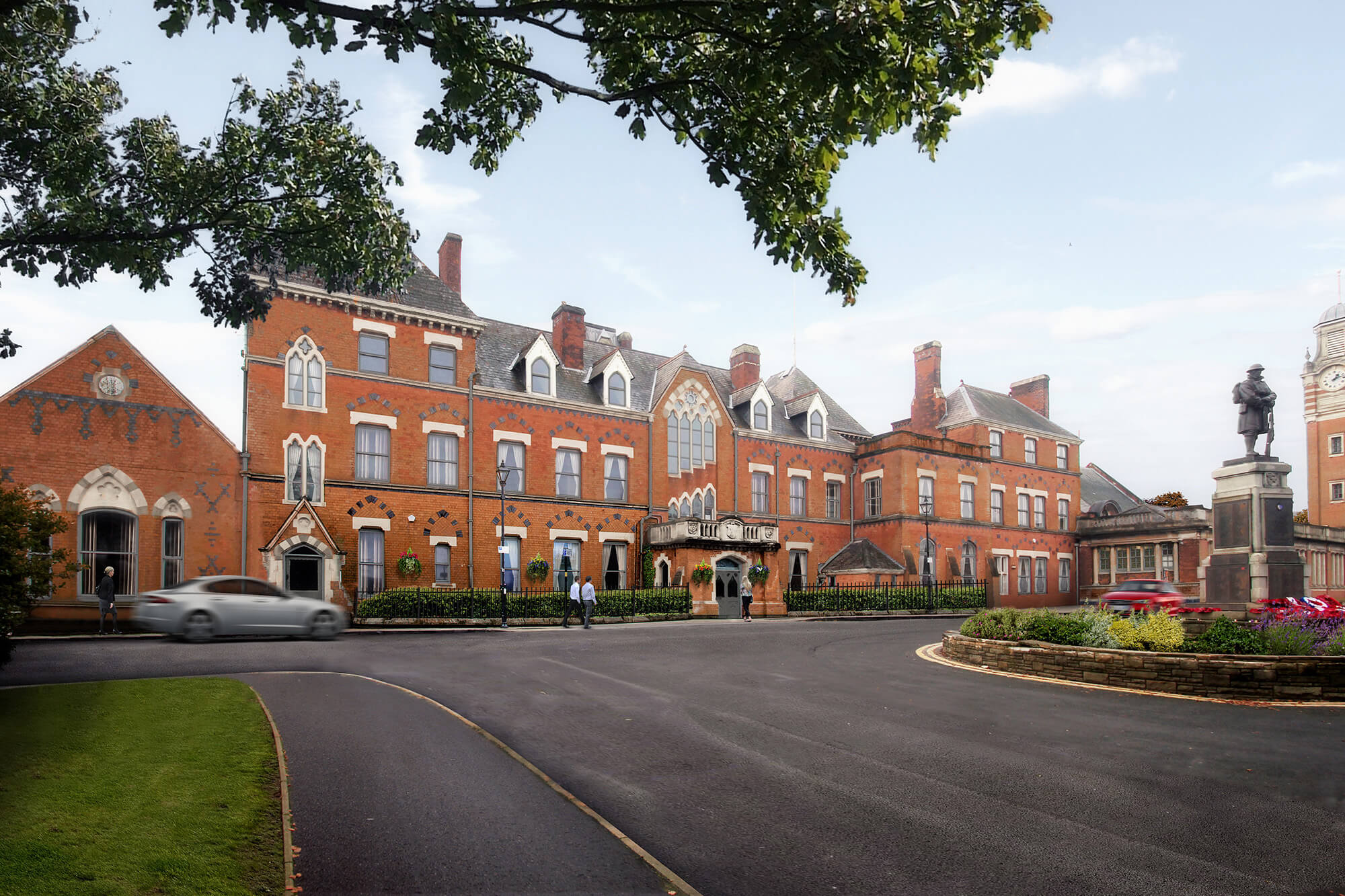 Court Collaboration acquired the project to transform the former Royal Hotel built in the heart of Sutton Coldfield in 1865.  This locally listed building was to be sympathetically restored, converting the once spacious public dining room, smoking room, billiards room and dance all into luxury apartments.

White Crow was set the task of photographing the existing Royal Hotel at the front and rear of the building, to ensure all imagery created depicted the renovated building in its photographed surroundings.

Utilising a combination of photo re-touching skills and modelling new 3D elements we were able to produce a set of photorealistic montages showing the restoration before completion, in order for Court Collaboration to start securing off-plan sales reservations 2 years ahead of the final completion.

Following the success of the initial exterior images, White Crow went on to produce further sets of interior and exterior visuals along with a 3D virtual tour of the penthouse showhome. 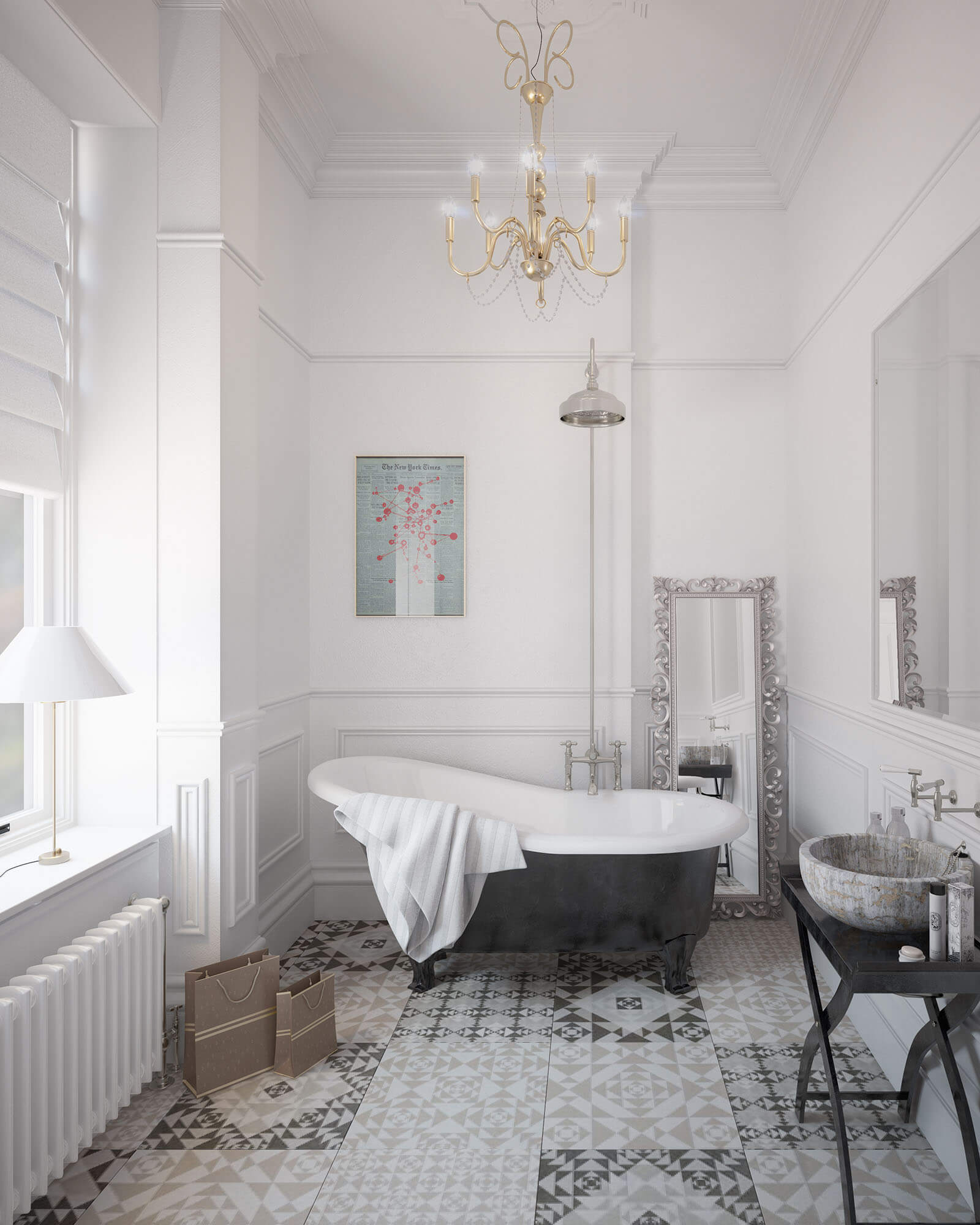 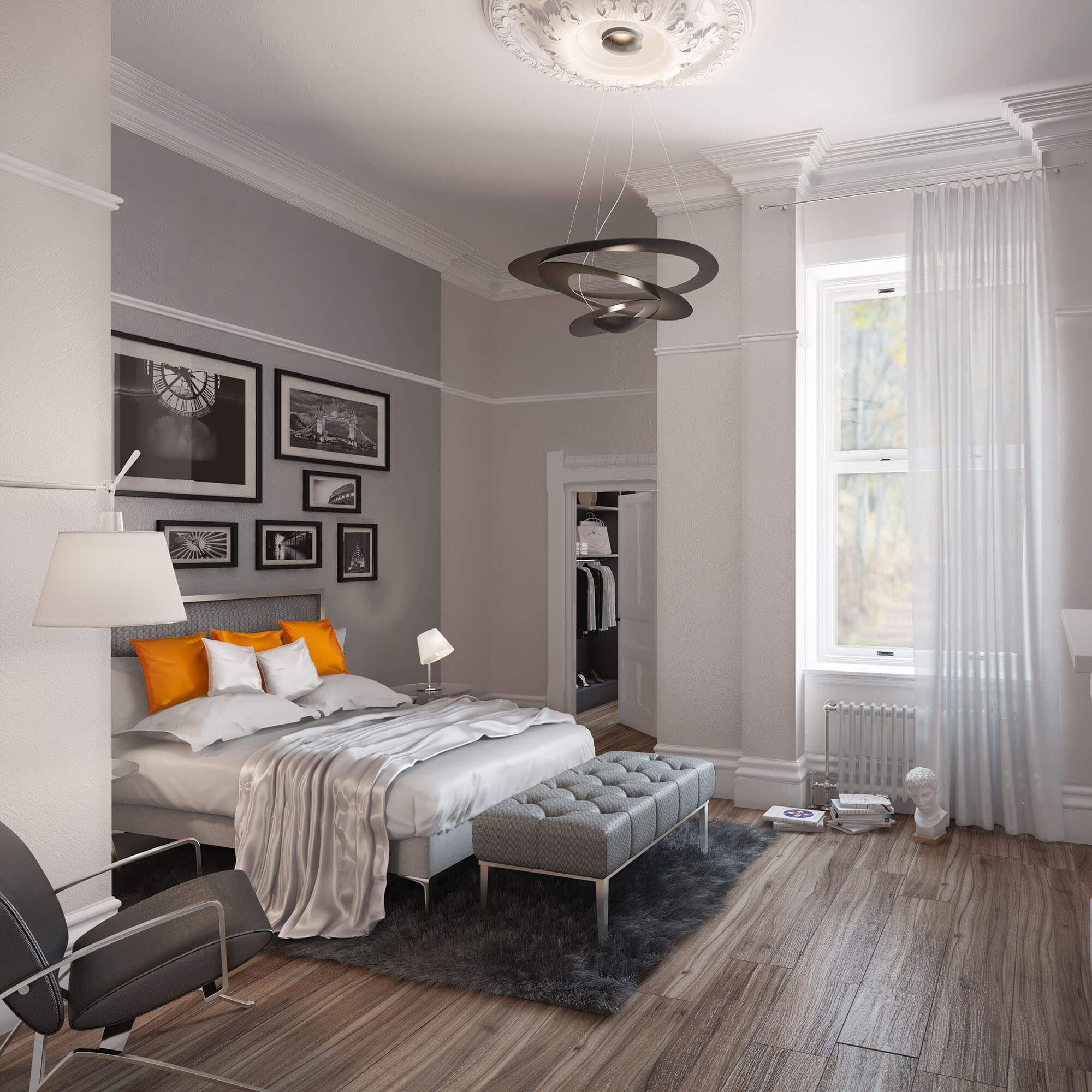 By utilising the initial exterior images Court Collaboration were able to secure off-plan sales on 15 of the 18 luxury apartment, with the first sale secured being for the prestigious ‘The Chambers’ apartment to an overseas purchase.

“Being able to send such photorealistic images of the project to our overseas client, enabled them to fully appreciate the vision for the renovation project and the attention to detail and high-quality specification of the materials being used” said David Moss, Court Collaboration Sales Manager.

“3 off-plan sales were achieve with overseas clients as a direct result of the photorealistic imagery.”

“Having the ability to show clients such clear quality images of the kitchen units and tiling options available certainly assisted purchasers in making their selections.”